Guess it’s debatable whether this is interior or not, but it’s going to be used from the inside so here it is! Most people these days are going with the “snorkel”, the Maxxair Deluxe….. I agree, it looks like a snorkel, and it screams “RV”. Remember, on some level we’re trying to be stealth…. shhhhh! So I went with the MaxFan Plus, the 4500K. The only thing it does not have versus the snorkel is the “rain shield” so you have to close it when it rains. It does have a rain sensor so it will do so by itself. And, way I see it, when it rains it’s cool enough. Lastly, it’s cheaper than the snorkel. There’s a good matrix of all the Maxxair fans and their features here:

Now, the roof of the Transit has some ribs in it. Enter Hein. Hein is on the fordtransitusaforum.com (amongst others) and has built a little cottage industry making things for people converting Sprinters and Transits. One thing he makes is a collar that makes the transition from the roof to the fan. You can call Hein 541-490-5098 or you can find it on eBay.

But things are never easy and it turns out the new fans are rectangular and not square. The hole is still 14″x14″, but the flange is larger to accommodate the mounting of a (humongous) hood. Hein’s collar was square. He graciously offered to overnight me a newer model, but since I was never going to put the hood on, I decided to cut down the flange. The band saw is the weapon of choice here!

Location. This took a while…… As I have a mid roof which is already marginal for a 6 footer, bringing the height down even further (a few inches) with the fan was not an appealing idea, so that would have me put it over the bed. But, I also wanted it over the floor, as I plan on putting a shower arrangement in and I want the fan as a part of that….. So, the latter won. With this decided I drilled  a hole in one corner from the inside out. Then I went on the roof with the collar and marked the other corners and drilled them. The holes were about 3/8″ to accommodate the jig saw which I used to cut out the plate. Yes, there is something disconcerting about drilling a hole in the roof of a brand new $40,000 vehicle…….(you can see the collar in the bottom left hand corner of the picture) 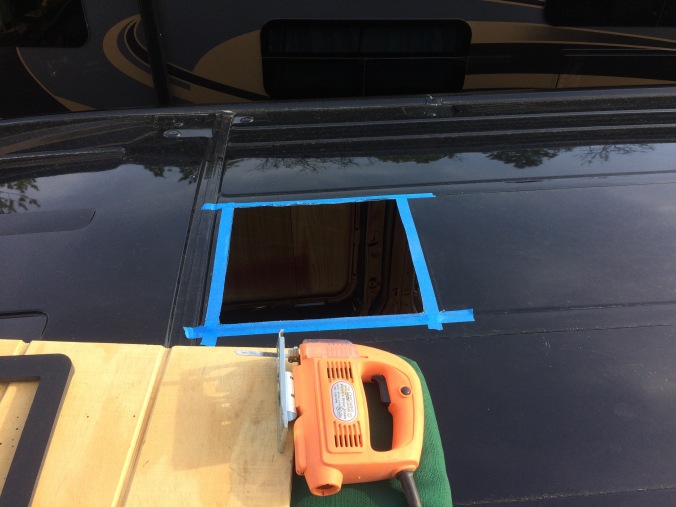 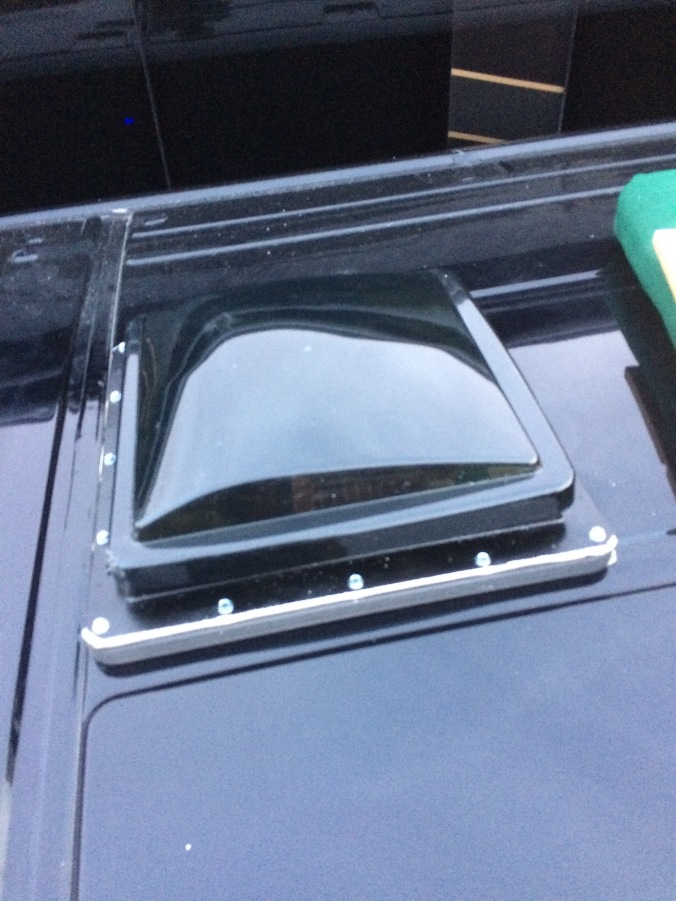 In the RV world EVERYTHING on the roof is bathed in Dicor self leveling sealant. It comes out of the tube the consistency of a thick liquid soap, levels around and then hardens to a rubbery consistency. It works, very well. Problem is, I can’t find it in black. Then I found this:

It’s the same consistency as the Dicor, and chemically close, if not identical. It’s used to grout in between concrete slabs, and like Dicor it sticks to EVERYTHING (cleanup efforts support this) and it dries to a rubbery consistency. I did two liberal applications. This is NOT going to leak. I may have to follow it up with another layer somewhere down the line but that’s OK. Yes, it’s ugly but it’s black and you can’t see it from the street. 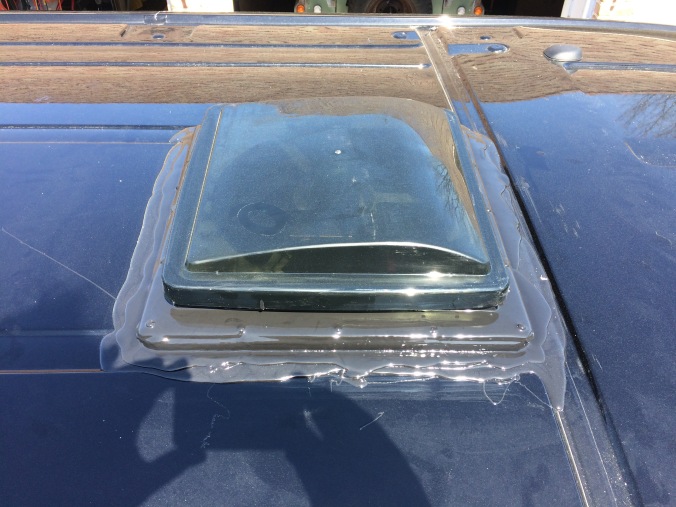 I made a temporary power supply with a 12V plug on it and viola! It whirrrrrrs! And oh yeah, I painted the white of the fan black as well……. 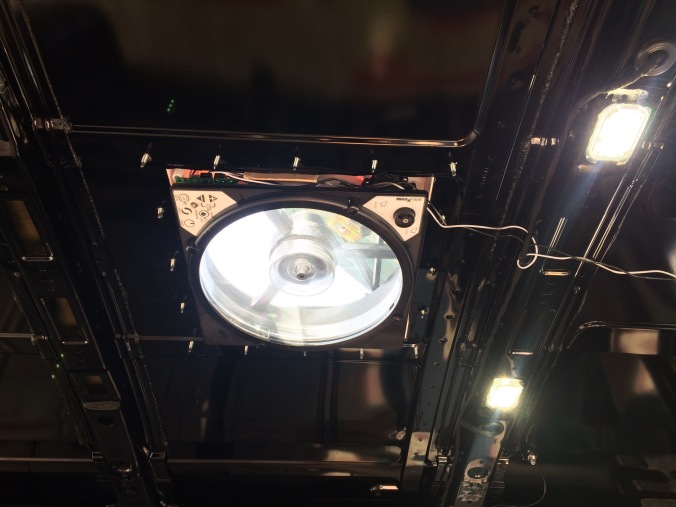 Progress is being made, on to the next project. I’ve ordered the insulation…….

So the fan has been earning it’s keep. It moves a lot of hot air out quickly. I got the Maxxair cover for it which allows it to be open without rain getting in. I can leave it parked with the lid open and with the sun shades on the windows it stays a lot cooler inside. 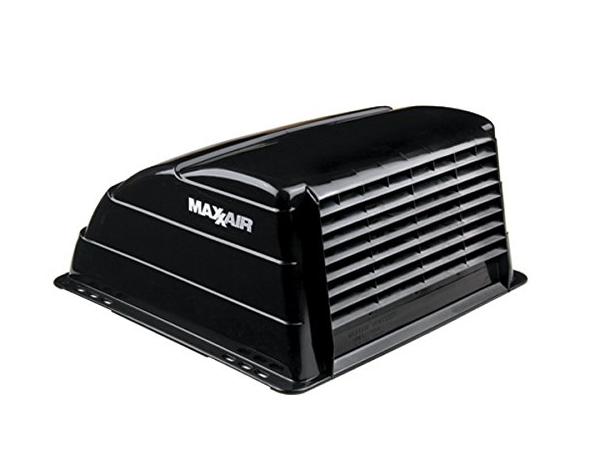 Speaking of which, I found a nice lady who makes sun shades for the Transit. She’s an ebay seller by the name of “Downbytheriver”. The shades are reflective on one side, and choice of grey or black on the inside. I have gray for the cockpit and black for the slider. They make a HUGE difference…….Not cheap, but in this case you definitely get what you pay for.