This page is in chronological order with the most recent entry on top.

February 2018. Well here we are, within days of the one year mark, and I’m very close to being done. I’m leaving the musings below up there just for comparison. The process idea was sound. It’s how it went down. As far as amenities, I staid pretty close…. only the hot water/shower bit the dust. I’ll get a camping shower for when I’m in the woods for a week, and on the road there’s always truck stops. The layout staid pretty consistent too. As far as decor…. I’m not an artist in the sense of having an exact vision and precisely executing that vision. I start with the vision and then see where it ends up. I cook that way too as well as writing music. It’s a fluid process. Soooo, the picture below didn’t exactly happen. (Would also have been 10X the dollars and 100X the hours). But I am happy where I ended up. Very happy. And the budget is in tact. At some point I will add it all up, but I had a LOT of stuff laying around and on top of that I am around $3000. A far cry from some of the stuff out on the market. At some point I will also take some more quality pictures.

CRASH! No, not for real, and hopefully never. But it can happen, and I’ve been thinking about it. I can see my favorite body shop owner Chris look into the van after some texting/shaving/reading/yakking yoyo runs into me and, after some thoughtful chewing on his cigar, saying: “All that stuff has to come out”………. And I can see the adjuster laughing hysterically when I suggest someone other than me is going to pay for that. Soooo….. I have added this concern into my design thought process and decided that I need to be as modular as possible. I need to be able to disconnect wiring and plumbing (in as few places as possible), undoing a minimal number of fasteners and removing “blocks” of interior without having to get out a crow bar. I could take this one step further and consider it flex space, but I’m not sure I want to be THAT flexible. And speaking of adjusters…… one also needs to think about the cost, and coverage of all the stuff we stick in there. After much reading it appears that if you keep ALL the receipts it can be considered “freight”, even though it was bolted to the wall, and covered as such. I am going to attempt to find an insurer who is amenable to an “agreed value” when I’m done. Stay tuned.

The empty van is noisy…… Here’s the recorded values new out of the box, measured at 65-70 mph, radio off: 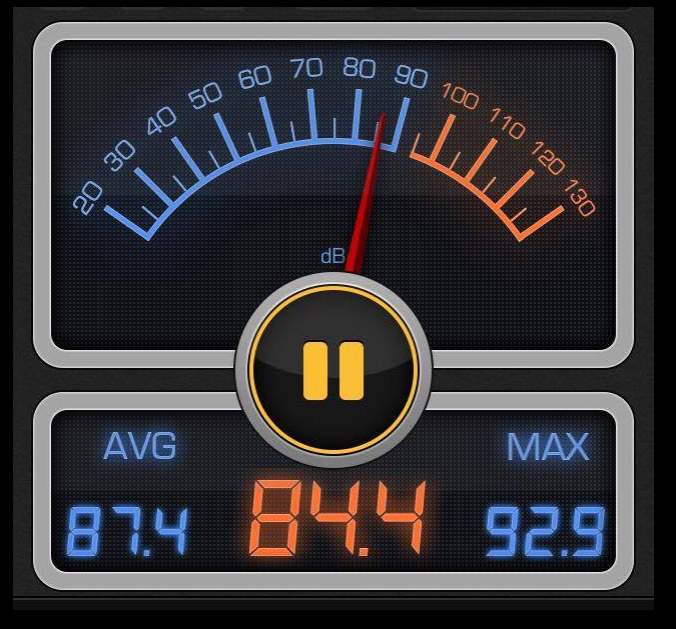 I will re-measure as the project progresses.

Update: And I did when the floor went in. I can tell with my ears that it makes a huge difference….. but the gauge is not agreeing. So either the measuring or my ears are inaccurate. WHAT?

An empty slate! Can’t wait to get started….. It will have to wait a few weeks though, as there are some other things to do first.

As stated on the home page, I want a daily driver that will tow a trailer, haul some stuff and tools, and provide comfortable accommodations for short stays. In addition to the cockpit chairs, seating for two with seat belts. The passenger cockpit seat will swivel to create a small social setting.  A queen or better for two to sleep in. Some storage including a small hanging closet. Refrigeration and the ability to make tea, coffee or simple meals and clean up afterwards. If necessary a hot shower! Good sound. An awning to do the outside thing, or all sealed up and “stealth”.  Fully electric and able to be off the grid and quiet for 8-10 hours. Style? YES! And old wooden ship. Wood “hull” planks and floors and timbers and fine cabinetry. Plush upholstery. Some antiques on the wall.  I have a picture in my head…..lets see where this ends up!

As far as the process…. I plan on following an order of things not unlike the construction of a “sticks and bricks” structure……(subject to change, of course).